The day I have been raped

I walked along a street on a sunny sunday afternoon. 10 meters in front of me, I saw a woman stepping out of this front door. Behind her, there was a man with a little revolver, aimed to the back of her head. He shot, and the woman fell on her face. He stood over her and put a second shot in the back of her head. Then, he turned the revolver to his temple and shot again. It was the severity of his falling that made me realize it was real. I didn’t know what to do. There was only a woman on a bicycle who had also seen what happened. After some seconds or more, I saw three little kids in the corridor, looking at the two dead bodies. I went home, 1 km from this place, and watched tv, with the sound of the helicopter and the police cars as a backdrop. In the night, I went back to the place and took this photo. On the next day, I called the police, and later they took my testimony, and they checked it against the one of the bicycle woman. In the newspaper, I read that this was a jealousy drama of a serbian couple with three children. This was in 2006. 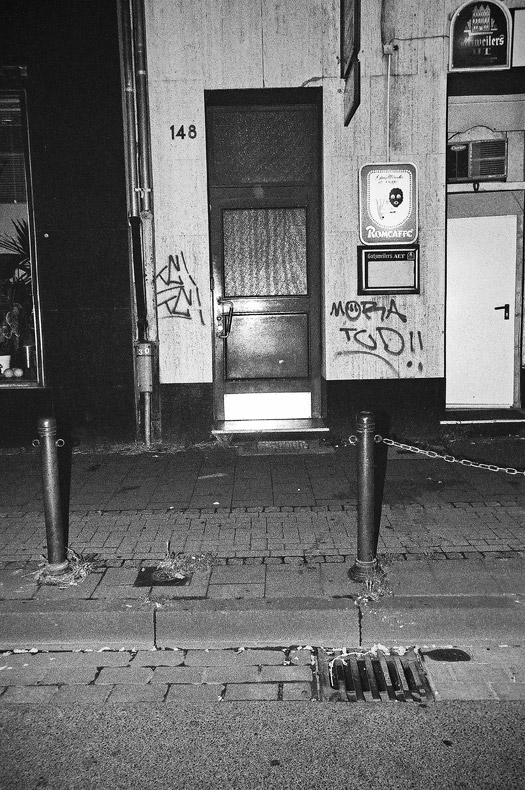